I started this post to tell you about a few more writing successes but really it's just an excuse to put up more pictures of my lovely granddaughter, Orla, who is now 10 months old. Strangely, all of the following items have a water-based theme.

Here she is looking forward to a bath. She loves the water whether it's in the bath or the swimming pool. She attends a weekly swimming group for babies and has gained her first certificate before moving up to the next level. I think she's going to be a triathlete like me. 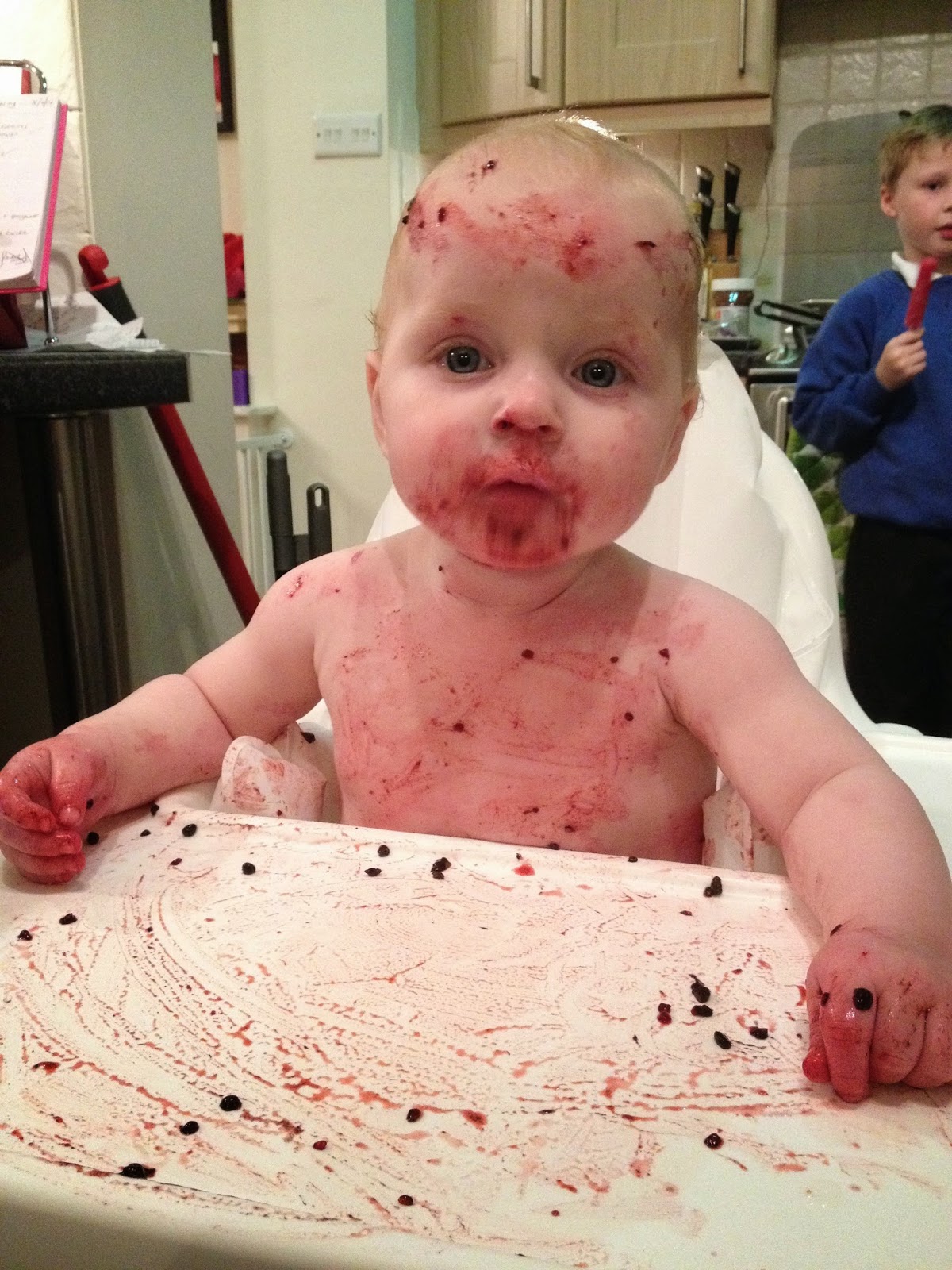 Here she is enjoying strawberries and blackberries. My son and daughter-in-law have to strip her off because blackberry stains are a nightmare to get out. She has to be put under the shower afterwards. You can just see her big brother, Finlay, staying well out of the way in the background.

Oh... I nearly forgot about the writing.
Nottingham Writers' Club held its annual awards night last week. As well as collecting my trophy for Verse Of The Year which I won back in March, I found out that I had won the prize for a radio play in which the theme was Adverse Weather. I entered a comedy based on Noah and the great flood involving a case of mistaken identity. It was judged by local broadcaster Graham Wright who is also a club member.

I also won one of the raffle prizes – a box of various scented shower gels. So that's the wife's Christmas present sorted.
Posted by Keith Havers at 02:54 9 comments:

Manuscript Of The Year

A piece of flash fiction is required with a maximum of 250 words. Members bring along their entry and hand it in anonymously. They are read out by a team of narrators and then we hold a secret ballot to decide the winner. The successful writer then reveals who they are.

I've never won this competition and this year was no exception. I was beaten into 3rd place by two excellent entries and the winning story can be heard here on our website narrated by BBC radio presenter Graham Wright.

This year the required theme was 'deadline' and I'm posting my effort here:

Renaissance Builders
“These bricks are no good, Giuseppe. The ones at the bottom will crumble once the wall reaches its full height.”
The master builder looked down on his apprentice with disdain. The new chapel of Assisi was due to be finished by Christmas 1145 and was already behind schedule.
“Don't worry, Bono. We'll just put in an extra buttress or two.”
The young lad was still learning his trade but he knew his boss was cutting corners and using inferior materials.
“But that won't fit in with the plans, Giuseppe. This is supposed to be in the new Gothic style.”
“We have a deadline to meet, Bono. I can't afford to waste time and money getting new bricks.”
There was no arguing with his master. This project had been a shambles from the beginning. Even with his inexperience Bono knew the foundations were too shallow, the walls weren't straight and the roof leaked.
“You're a buttero, Giuseppe,” he mumbled under his breath.
“Anyway,” Giuseppe went on, oblivious to his pupil calling him a cowboy. “We'll be well away from here as soon as I've been paid.”
“Why?” enquired the apprentice. “Which unfortunate community is about to benefit from your construction skills this time, Giuseppe?”
“There's a place up in Tuscany,” Giuseppe replied. “Pisa I think it's called. They want me to build a bell tower next to the cathedral. Should be able to knock that up in no time.”
“Oh yes,” thought Bono. “What could possibly go wrong with that?”
Posted by Keith Havers at 02:51 16 comments:

Thought I'd just put in a quick post before the end of October.

Nothing much to report. 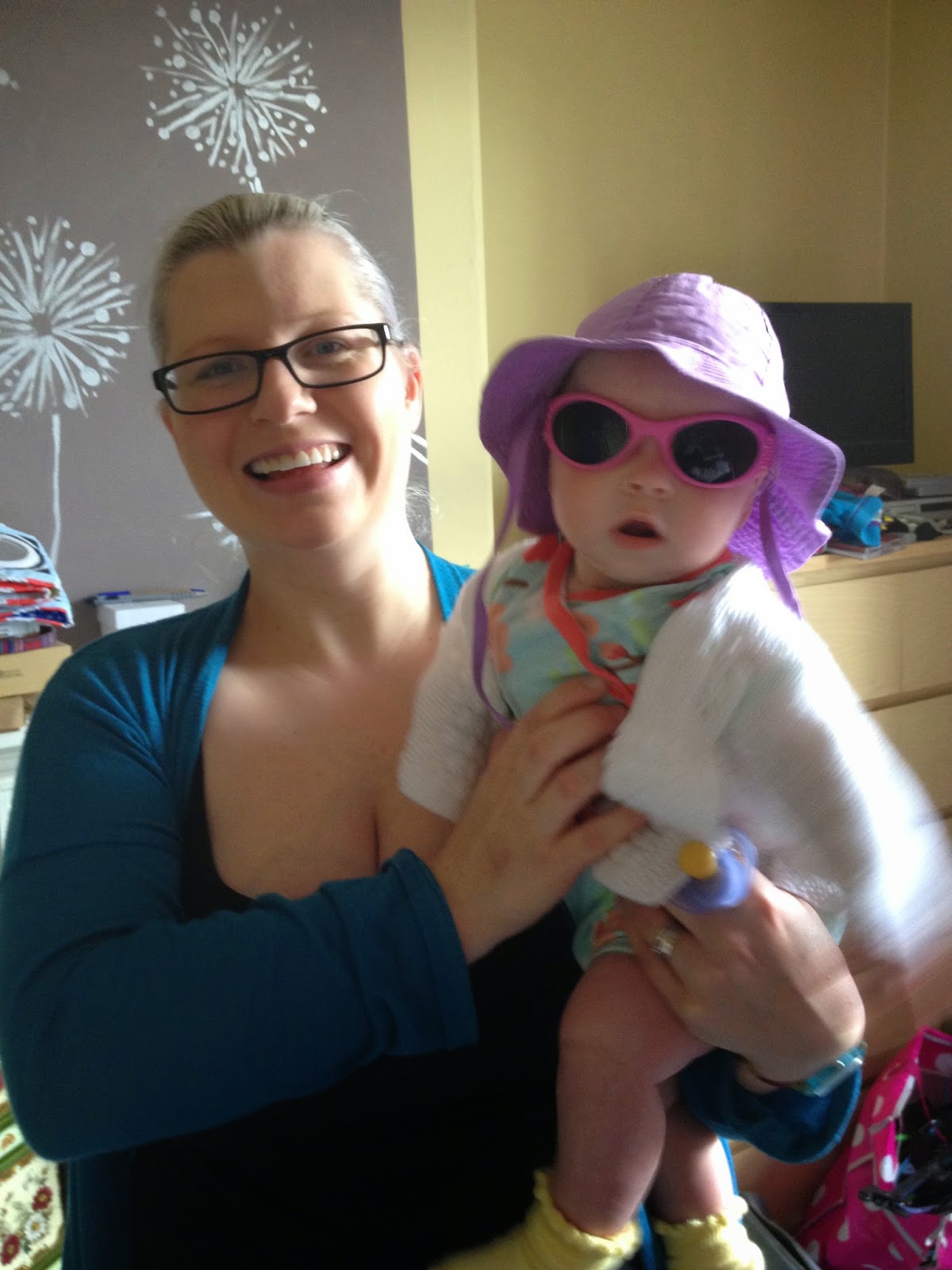 Oh - and my granddaughter's first teeth have come through!

Writing For The Friend

This week I'm being interviewed by Susan Jane Jones on her blog and you can read it here.

I'm talking in particular about being a male author writing for The People's Friend magazine.

Coincidentally I received another acceptance this week from Friend editor Shirley Blair.

I've said it before and I'll say it again... 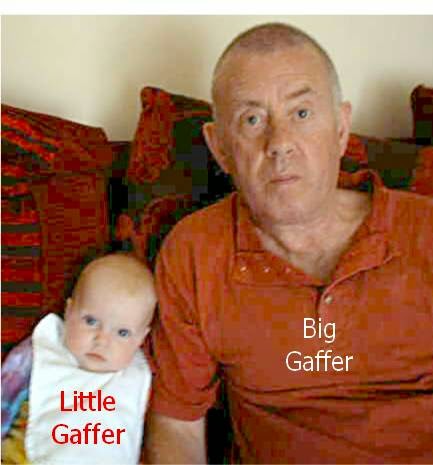 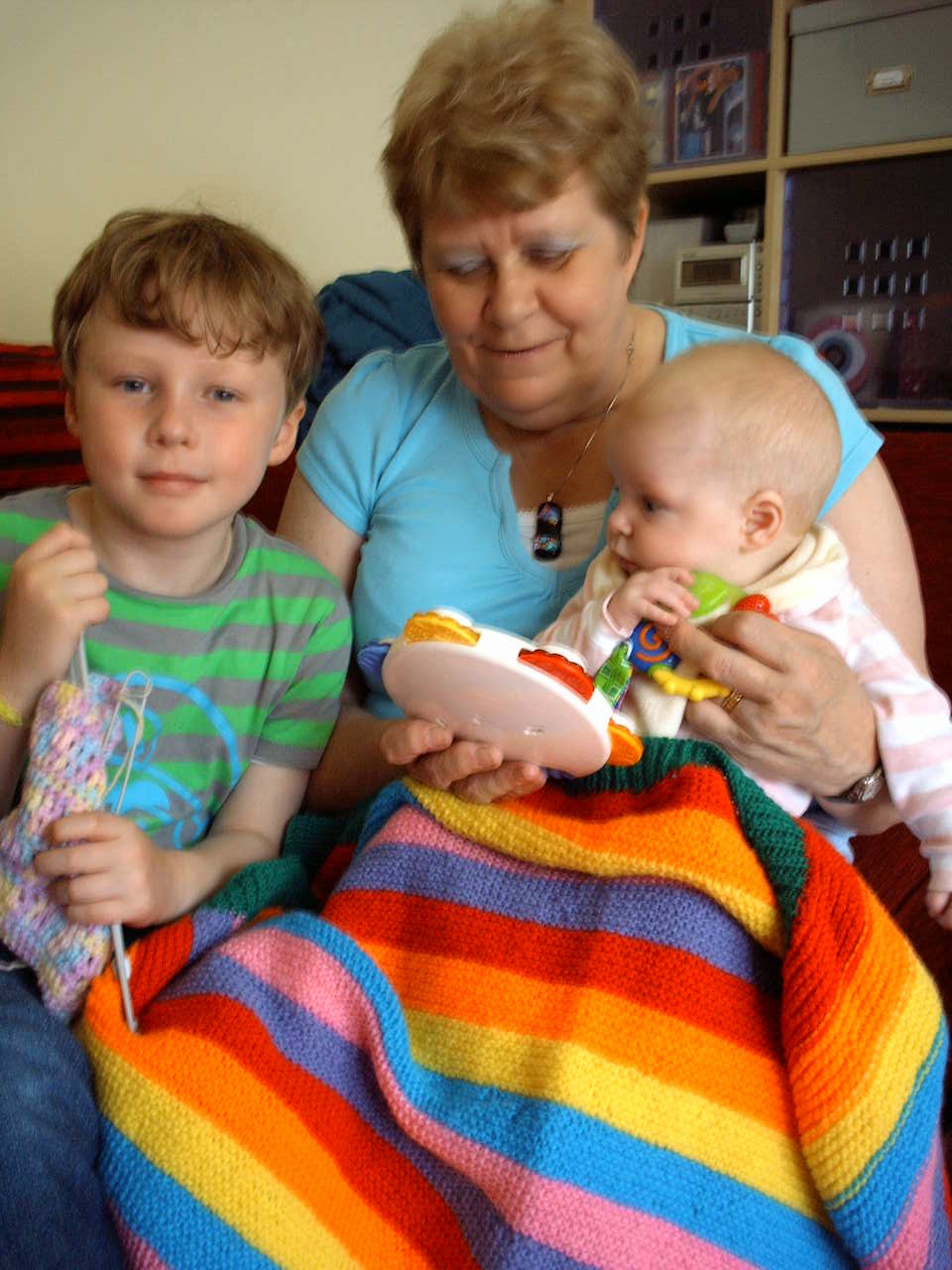 My latest story The Rainbow Baby is in the current issue of The People's Friend.

Following the examples of Wendy Clark and Tracy Fells I thought I would show what inspired me to write it. The picture here says it all. I don't think any further explanation is required.


This is my wife Ruth with Finlay and his baby sister, my five month old granddaughter, Orla.
Posted by Keith Havers at 00:08 21 comments:

May and June are busy months for me.

'A' Levels have only just finished at Bilborough College and I had to fit in my job as exam invigilator around my other work at Stephenson College. There was a big student intake this year and a few experienced invigilators have left which made it all the more difficult. We got through it though and I'm looking forward to handing out results in August.

I had a nasty crash on my bike at the end of May. This was due to a mechanical problem and no other vehicles were involved. I came down hard on my shoulder and cut my arm. The pain is receding now but I still haven't got full mobility in my arm.

At least I had some good news about my bike the other day. The clever guy at PH Ultra Sport in Beeston has managed to straighten the rear forks. If it had snapped it would have meant scrapping the bike. Just waiting to get a new gear set fitted. In the meantime I'm having to get around Nottingham on my old mountain bike. Compared with my titanium frame, light-as-a-feather triathlon bike it's like pedalling a tank.

There has been plenty of other stuff to further distract me from my writing. The Test Matches have been fascinating so far, Nottinghamshire is doing well in The County Championship and the rugby internationals have given cause for optimism. The Tour de France begins in a couple of weeks and I'll be going up to Sheffield to watch the second stage if my bike is ready in time.

On top of all this I've had a birthday, my baby granddaughter is beginning to show her mischievous side and my old person's bus pass has just arrived in the post. So feeling my age just a little bit.

In spite of all this there is some writing news. A batch of four stories which I sent to Jill Finlay at The Weekly News earlier this year were all accepted. I've never sold four in one go before. Two have already been published and the other two will appear over the next few weeks. I've been told that a story that has been accepted by The People's Friend will appear in their July 12th edition. I'm hoping to explain the inspiration behind this one in my next post.
Posted by Keith Havers at 03:15 10 comments: 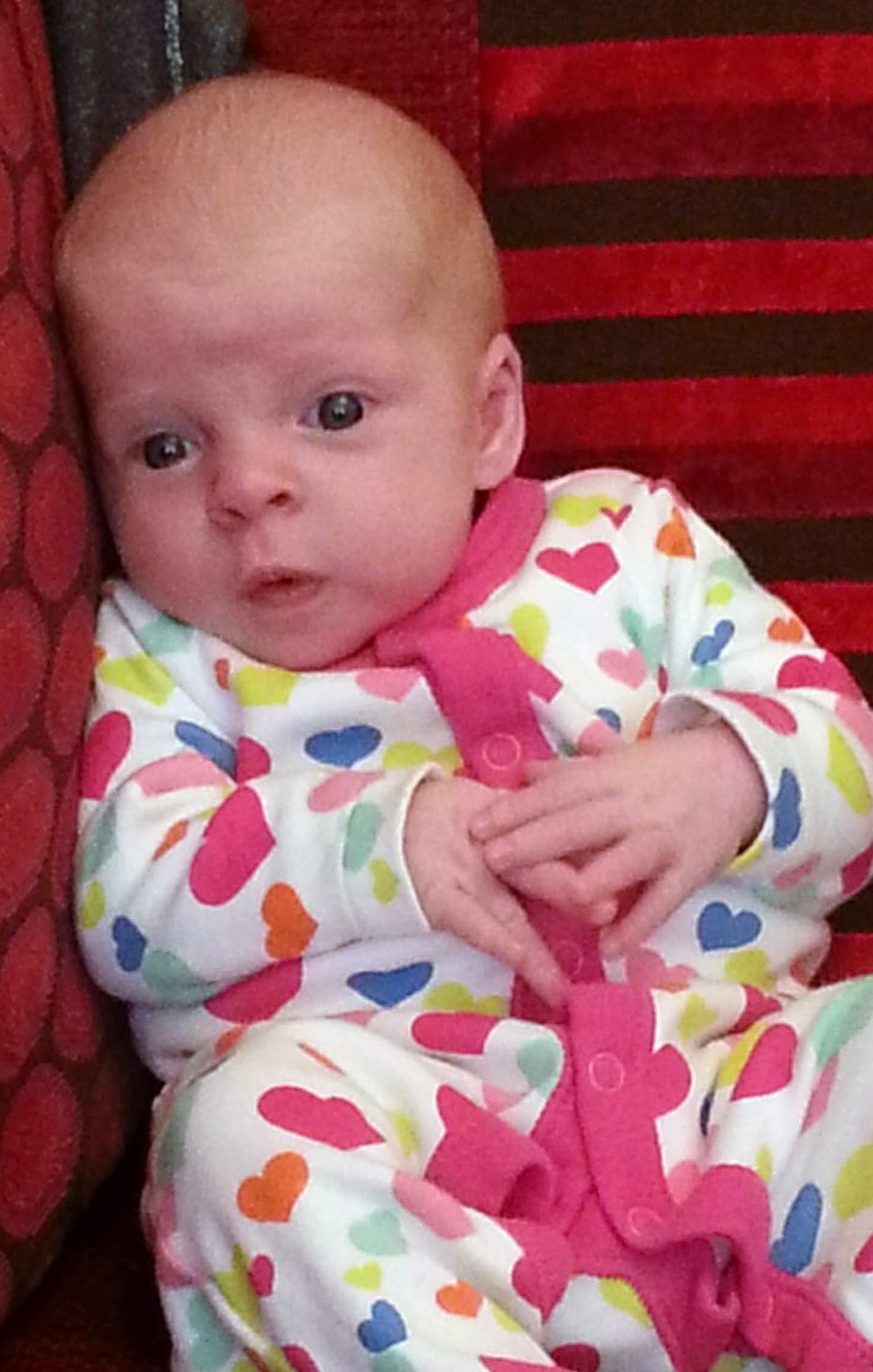 I came across this in the Dictionary Corner feature of Radio Times:

For rural communities in the 17th century, 'gaffer' was a way to address a man of seniority. The word began as a shortened form of 'grandfather'.

So there is the solution to my dilemma. I can be a granddad without having to use the title. I think I shall like being called The Gaffer.

Of course, when she learns to talk, my granddaughter may have other ideas. At 2½ months she already has a lot to say for herself, loves splashing about in the bath or swimming pool and only cries when she's hungry or can't see what's going on around her. I have a feeling that she might end up being the gaffer.
Posted by Keith Havers at 04:51 12 comments:

Just a short piece of news about a success I had last week.

I was pleased to win Nottingham Writers' Club Verse of the Year competition on Wednesday night with a poem entitled Baring My Soul.

It is now available as an audio recording here. Thanks to Carol for reading it for me. Also thanks to club member Graham Wright for uploading it to the club's website. 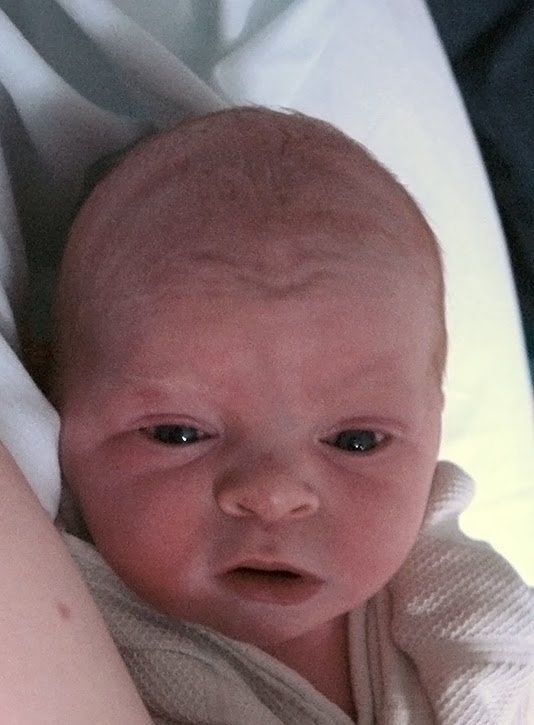 She now has a name and it's Orla Kitty Cynthia Bruce-Havers.

Although we have no connections with the Emerald Isle, Orla derives from Irish and means Golden Princess.

I don't know what I'm going to be called yet but I can't see myself as (whisper) granddad. I may be nearly 62 but I still ride out on my triathlon bike, I can break into a sprint if necessary and still have all my own teeth (minus a few wisdoms). She'll always be my princess as long as she doesn't use the 'g' word.

I've searched for some baby verses and found this one:

From private ease of mother’s womb,
I fall into the lighted room.
Why don’t they simply put me back?
Where it is warm and wet and black.
Thom Gunn

And here's my own pathetic effort:

To rejoice in the birth of my lovely granddaughter,
I've been wetting her head a lot more than I ought'er.
When she's older, this tale will be something I've taught her,
It's better to stick to Ribena and water.
Posted by Keith Havers at 09:34 14 comments:

Just a few bits and pieces of news...

I have a story in the current issue of Take a Break Fiction Feast. In the shops until February 6th.

Just sold a story to Yours magazine for their 2015 yearbook. This is the third year in a row I've had a story in their annual. Should be available around August 2014.

Fellow writer Bead Roberts is running a writing course at Weetwood Hall in Leeds over the weekend 26th - 28th September 2014. The course costs £240 which includes food and accommodation and can be paid in instalments. It begins on Friday afternoon, finishes Sunday lunchtime and includes workshops and one-to-one advice. Details can be found on the website www.malagaworkshops.co.uk. It was attending one of Bead's workshops that set me on the way to getting my stories accepted by various magazines. She gives value for money with a no-nonsense, no time-wasting approach.

Recently found out I won the Nottingham Writers' Club award for a children's story. The competition was for a mystery/suspense story for 8 – 12 year-olds on the theme of 'magic'. The adjudicator was Ann Evans who is a published author of children's fiction, history books for children, adult books and a 'how to' book about writing. I attended Ann's writing course last year so that has obviously paid off.

Congratulations to my friend Carol Bevitt who won the Writer of the Year award at Nottingham Writers' Club.


Thanks to Helen Ellwood for taking part in the blog chain. Following on from Helen is Ruth de Haas.
Posted by Keith Havers at 04:03 12 comments: