A few weeks ago I found out that, after coming third in Nottingham Writers' Club autumn short story competition, I actually won the winter one. The brief was to write a crime story with the theme of 'Identity'. Judging the competition was author Stephen Booth who has written a series of crime novels.

I have to admit that, when I submitted my entry, I wasn't sure if it would appeal to an established crime writer. My story was based on a lone hit-man rather than being a conventional cops versus criminals tale. As it turns out I must have done something right.

Stephen Booth has written several novels set in Derbyshire so, living on the Notts/Derbys border, they are of particular interest to me. Descriptions of familiar countryside and the mention of real place names gives his stories an extra edge. His two main characters are a sergeant and constable rather than inspector and sergeant and so the action is centred at a lower level in the police hierarchy than many other series such as Morse and Frost. If you like crime or fancy a change from your usual genre then I recommend you give these a try.
Posted by Keith Havers at 23:20 5 comments:

100 Stories will be released in paperback on Tuesday 17th May as part of an Amazon Chart Rush.

Readers are invited to purchase the book from Amazon on the day with the intent to capitalise on the volume of sales to move the book up the Amazon best seller list. 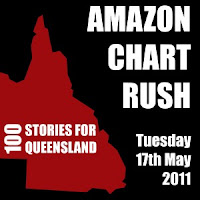 The book retails online for £9.99 and is listed here at Amazon.
Posted by Keith Havers at 12:37 5 comments:

Frances Garrood very kindly sent me a copy of her second (I think) novel called 'The Birds, The Bees and Other Secrets'. It's really a woman's book I suppose but I don't mind admitting I read my wife's Jill Mansells and, of course, I have to research women's mags. It was an enjoyable read and should appeal to anyone who likes quirky characters. Because this is definitely a character-led story and I wanted to keep reading to find out what happens to them all. Some of the people in the story aren't even given proper names and even the various dogs that appear have their own eccentricities.

If you get a chance, please get hold of a copy of this book. I promise you won't be disappointed. You can't have mine because it has Frances' autograph in it.
Posted by Keith Havers at 02:41 4 comments: 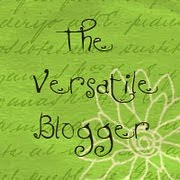 Jarmara Falconer at A Mission Impossible for the Dark Fantasy Nightwriter has kindly passed on the Versatile Blogger award to me. It requires me to tell you seven things about myself. However, as I did this a while ago for the Sweet Friends award I thought I'd tell you about my dad instead. Then you might get an insight into what makes me tick.

1. Yesterday was the 22nd anniversary of his death. He had just turned 66 which means that in a few years time I will be older than my father. That will be weird.

2. He stares back at me from a photo frame which sits just below my computer screen. People say I look like him. I take this as a compliment because he wasn't bad looking but I've never been able to see it myself.

3. He originally came from Norfolk and still retained some accent even after living in Tamworth, Staffs for forty years. If he ever got mad with us my brother and I would put on fake accents and mock him mercilessly. He never stayed mad for long.

4. On the last day of school term the teacher asked each child in his class if they could rub their stomach in a circular motion with one hand while patting their head with the other. (Try it – it's not that easy). My dad was the only one that could do it and for some reason this marvellous feat was rewarded with him being allowed out of school an hour early. Halfway across the deserted playground he passed the school bell and couldn't resist ringing it loud and clear. He was punished, of course, on his first day back.

5. When war broke out he volunteered for the navy but was turned down because he worked on the land which was a reserved occupation. When he finally did get called up they put him in the infantry despite having a dodgy leg. As a boy he had developed an infection and had to have his tibia removed. The army has never been renowned for its common sense.

6. He once received a certificate from Tamworth police for helping to apprehend a chap trying to nick stuff from Woolworth's one evening. Our house overlooked their back yard and dad had seen him climb over the wall. He had run off by the time a copper came so they drove round Tamworth in my dad's Ford Anglia till they spotted him. I think the guy pulled a knife at one stage. Exciting stuff.

7. The only piece of advice I can remember him giving me is 'Never mind your arse, mind your head, boy'. I don't know if this is an old Norfolk expression but I think it's a quaint way of saying 'Get your priorities right'.

So there it is. That's where I get my rustic sense of humour, my cynicism and my laid-back attitude. Thanks, dad.
I think all of the blogs I follow have recieved this award or something similar recently so I'll be passing this on when I've found some new ones.
Posted by Keith Havers at 02:56 5 comments: